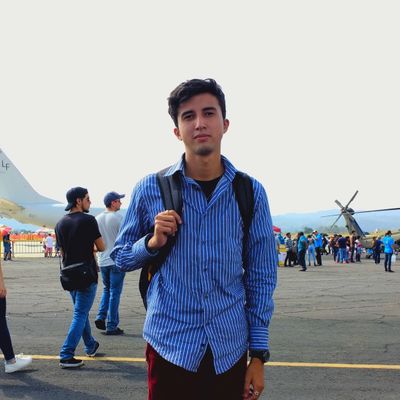 A buffet of curiosity

Even before I had the chance to demonstrate my skills as a developer, I was captivated by science, technology, and the world in general. I began experimenting with different  things, including video editing, mobile applications, robotics at my university, bicycle mechanics, home repairs, and many other things while figuring out what I wanted to do.

When I tried HTML for the first time as a student in high school about seven years ago, I ended up liking it without even realizing its potential. Even though they didn't teach us anything about construction in school, I was already intrigued by the process, and that's when I knew I had a particular fondness for it. However, I started playing with basic CSS without knowing what it was, since I was intrigued by how  Atom suggested strange HTML phrases. I unintentionally made an empty.css file at the same time and managed to alter the text's colors and styles without recognizing it. I eventually decided to go to college, so I couldn't find the time to continue with my curiosity impulses.

After using Android Studio, I decided to try making things using HTML and CSS again , almost seven years after I genuinely  embraced the start of my study in this field. I was even clueless about JavaScript. When I first saw it, they showed me combined PHP without telling me that there were two or three independent things with HTML, which really terrified me. To  nullify my doubts and aim in the right direction, I joined friends and communities that slowly helped me find a path.

One day I was on Discord in a community of developers when unexpectedly, a friend shared the  great news that he was hired as an Angular developer in a company, and I decided to quickly do a tiny CSS animation in Codepen to congratulate him, not realizing that I had shared a kind of mini portfolio.

Then one day, I received a notification from a person I didn't know, but who happened to work for the same company my friend got hired for. He was asking me if I was interested in an internship. This both excited and terrified me, and I worried about things like "what if I'm not good enough?" "Will I be able to study while I do this?" and most importantly "I don't want to ruin it”, amongst  others. However, close friends advised me not to worry and just go for it, so I did!
So, with great hesitation, I accepted. The first test was a little overwhelming , not because it was particularly challenging (for me, it was), but because I knew that someone with  the required experience would  find it simple. They were sympathetic to my little experience, so they gave me the option of trying it again with technologies that I had a better understanding of. This did make me doubt myself, but I decided to test my knowledge and not give up.. and that's how I discovered TailwindCSS and VueJS.

Actually, it wasn't that long, but my anticipation and desire to  know the outcome of my interview was slowly consuming me until I finally got the call I was hoping for.  When they told me that I had been accepted to take the internship with a modest compensation (in their opinion), I was very excited and proud of myself, since it was actually the money I needed. Even though I still had some insecurities, I was pretty  happy because it was a small but an incredibly significant step for me.

Though he seemed a little serious during the internship, the leader I was assigned to was proficient   at teaching, challenging me, and making it a fun experience. This  gave me the courage to express my doubts, concerns, and overall what was on my mind.  This is something that helped me enormously, especially since I was always a very timid and reserved person.

As time went by I tried new things, although sometimes I self-sabotaged myself thinking that I would not make it, the truth is that the community in this company contributed a lot to me without even being project partners or acquaintances when I first arrived. People came and went, but they have all shared  wisdom with me and not only the technological kind.

The call came after three or four months on the internship. My nerves took over, and I believed everything was over. However, it ended up being a job offer for a new project!

I reminisce calling and telling  everyone I knew, my girlfriend, family, friends, and even my pets. I had successfully stepped over a  line that I had initially  believed could not be crossed, especially with something I love to do, let alone in the ideal work environment.

Getting to know the command center

When I eventually went to the office building, I found it hard to believe I had made it there. Even though the trip was quite exhausting and long, I learned new things everyday and it felt and still feels like home. It is not everyday that you get to playSmash Bros. with your friends, and that’s what we usually do while on break while learning and still doing what you love :)

I initially found the project's design to be monstrous and quite intimidating.  Still, my leader helped me tremendously in maintaining my composure and taught me a lot to gradually grant me that freedom of decision as a developer. As days passed, however, I came to understand that if you take it easy and have solid foundations, the project becomes a piece of cake, and solving the problems presented your way is only a matter of time.

I have worked with amazing leaders and coworkers during this time, and have tried to learn as much as possible  from everyone. If I devoted myself to sharing everything I've learned, this post would be so lengthy that it might even become a book. However, I'll spare some details and say that I've gained knowledge of a wide range of topics, including mental health, better communication, fundamental design UX/UI, best practices, agile decision-making, financial management, reading documentation, git flow, and a ton more. But by far my biggest takeaway is the friendship I get to make during this incredible experience.

There will always be harder, more stressful days than others, but I've realized that communication is the core of my profession and undoubtedly many others. This gave me much  comfort during those trying times and made me feel less alone.

One stormy day a lightning struck a tree next to my house, which damaged the electrical installation and the internet. At 3 am I reached out to my immediate leader, and I really did not expect such a human response not only from him, but also from the company. They told me not to worry (I did anyway) and they were very supportive of me going back on site, they granted me enough time to be able to mobilize and  repair everything and even offered to help.

I even received a personal call to see if my family was okay, that is something very human which I value and admire.

In little more than a year, my life has changed abysmally. If I made a list, these would definitely be my top 5:

Slowly but surely, my mental health has improved, and I intend to keep it that way.

I wish I could go back in time and thank my past self for having the courage to take on new challenges, but I know that’s impossible so today instead I want to thank all of you. Even though I don't feel completely prepared, I know that in the near future I will and you all will be there every step of the way.

I'm interested to see what the future has in store for us because I know it will be full of new experiences, learning, failures, difficulties, and growth.

Thank you very much for reading this far. See you later ✌🏻

The best movies for a programmer's watch-list