The impact of Apple 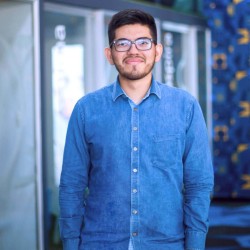 The impact of Apple

Nowadays it's hard to think of a time where technology didn't have any influence on our daily lives with the way we're living now, we are using technology for basically everything, from having access to all the information in the world in the palm of our hands to something so simple like house chores.

And one of the most revolutionary and influential events of technology upon society is the smartphone. This invention has developed from a mere device made for communication to be the ultimate tool for fun, entertainment, lifestyle, and even work! To date nearly every person in the world needs a smartphone to live by, the necessity is so real that according to Statista, the current number of smartphone users in the world today is 6.648 billion, and this means 83.72% of the world's population owns a smartphone!

But before the actual smartphone appeared a little thing called the iPod that could hold what seemed an insane amount of music at the time and after that came the iPhone and iPad to make a splash and pretty much shape a generation.

The power that the Apple brand held on not just teenagers that wanted a “cool phone” but on professionals that felt more comfortable using the Mac and all the advantages it had besides the characteristic slick and minimalist design that attracted so many people to pick Apple as their favorite brand for everything tech.

But over the years the brand has expanded to unexpected and unreal fields, is not just the electronics and personal computer market anymore, it's the film industry with Apple TV+ creating beautiful and intricate series, the music industry with iTunes being one of the most important music streaming platforms in the world, a watch that has the power and functions of a smartphone and this famous little voice behind the operating system of your phone that can actually talk back at you. All of them are connected by a single brand.

Beyond their impact on society, there's a real economic impact as well since just in the US alone Apple “has become the largest taxpayer in the US and has paid almost $45 billion in domestic corporate income taxes over the past five years alone, since they support more than 2.7 million jobs across the country through direct employment, spending with US suppliers and manufacturers, and developer jobs in the thriving iOS app economy” according to their own research.

And outside the US the influence of this brand is still quite strong, since every time an Apple event is on the horizon the whole world has its eyes on the news of what's to come. Ever since the iPhone 4 was announced and came to startle the whole world, these events are now of the utmost importance for the whole technology industry. This last Apple event was peculiarly more special because it was a dedicated conference designed for developers, which only confirms how Apple always focuses on all its users, since every year Apple decides to keep innovating and incurring in more and more industries.

And this year was no exception since they announced incredible news:

Apple has made sure to establish that when it comes to innovation they will not be left behind and that's why they hold a great deal of influence all over the world!

The work that keeps on growing