The commemoration of an ongoing struggle. 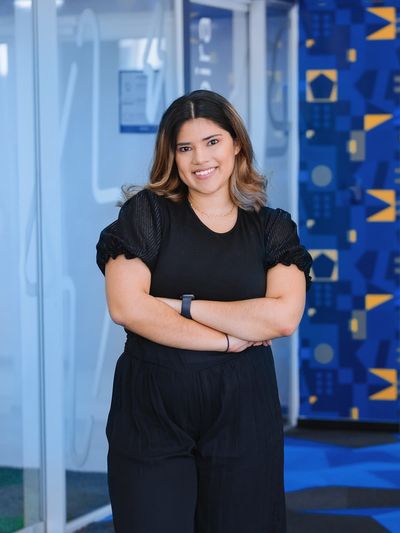 The commemoration of an ongoing struggle.

International Women's Day is held on every March 8th, this day is dedicated to honoring women’s achievements in the social, economic, cultural, and political backgrounds since in order to succeed in them, there has been a constant struggle that has taken years of discrimination and inequality to overcome.

Since the very beginning women have been subdued and confined to being dependent on men, the voice of a woman was not something that could be heard or should be heard for that matter. A century ago women weren’t allowed to study, work, vote, own property, serve on a jury, open a bank account or even step outside unaccompanied. And sadly in some countries ruled by extreme traditions and religion, none of these acts are possible for women until this day.

But, thankfully, throughout history, there have always been brave women willing to fight for an equal world. This fight has not been easy, revolutions have been caused for women to be able to speak up for themselves and try to achieve gender parity.

This particular day was chosen due to very important revolutions in the United States and Russia that were the initial triggers for women to fight and stand up for their rights.

During the Industrial Revolution and all the social and economic changes it caused, women were being exploited in their works and there was no law to protect them. And on March 8th of 1857, garment workers of a textile factory in New York went on a strike to demand just salaries and more humane work conditions.

The events happening during this time, like World War I, and the fact that millions of men were dying at war, left women alone to ensure the survival of their homes, this only ignited more movements in pro of women's rights. That's why in Russia in 1917 (March 8th) tens of thousands of women took to the streets demanding change and for the government to listen to their needs.

This riot helped paved the way for Russian women to be granted voting rights soon after.

And it was until 1975 that the United Nations officially recognized March 8th as International Women's Day.

Now, why is it commemorated and not celebrated?

Besides the fact that trying to achieve gender parity has been a fierce and unjust fight, it has also been tainted with the loss of women's lives.

In the time of the strikes in New York, tragedy struck, and on March 25th, 123 women died in the fire that took place in a textile factory. Among these women were girls from 14 years old as well.

History has not been kind to women, therefore the incredible efforts made by those who had the courage to stand up and make a better future for millions of girls all over the world should not be celebrated, especially because the ultimate goal that is achieving gender parity is still far from happening.

Why is the fight not over?

The answer can be provided by stone-cold facts from the UN:

And until 2086 the wage gap will not be closed if the current trend is not reversed.

Women making their way in the professional world.

Job hunting for women is twice as difficult as it is for men, and in certain fields even more so. Technology is one of the most male-dominated industries all over the world. Years and years have passed with women being considered “not fit” for this field and have faced many obstacles, from not being paid the same amount as their male counterparts for doing the exact same job to discrimination due to toxic work culture in the tech industry like the “bro culture”.

There are many reasons why women are still a minority in the tech industry and even more on why the few ones that get in rarely stay to achieve a successful career.

One of the primary reasons why the disparity in this field is so big is the upbringing in early age and education system, from toys and clothes specific for boys and girls in their childhood to stereotypes that dictate that math, science, or technology are not “careers for girls” in high school and college.

But what about those women who decide to break the mold and pursue a career in tech? Once they manage to get in but they’re underpaid, often passed for promotions and one of the main reasons is that the industry makes it difficult to combine having a tech career with motherhood.

In a developing country like El Salvador, stereotypes are settled even stronger, the numbers for women to succeed in technology are incredibly low, that's why as a tech company we believe that is our duty to start changing these numbers.

We already have intelligent and capable women taking up to 35% of our workforce, which integrates team leaders as well, with equality in their work conditions and inclusive work culture. We are fully aware this number is not enough, but it will only encourage us to pursue a gender gap breach in a near future.

One of our main goals is to start helping the women we have working with us start creating a path for young Salvadoran girls that want to explore the technology industry and create a professional career for themselves in this field. That's why this week we want to reinforce this purpose by showcasing some of our wonderful talents and how impactful has been their work on our company.

So today as a company we join the commemoration of the ongoing struggle women face every day, by remembering and analyzing the efforts of those who fought before to make sure our present and the future there is a place for women to have their voice heard.

Why we are a great place to work

The best movies for a programmer's watch-list